What to Know Before You Start a Business

For whatever reason, there are some people who are not cut out for the daily grind of punching a time clock day after day. They have an independent streak and don’t want to be boxed into doing things on anyone else’s schedule or following someone else’s vision.

These are often the people who have the dream of running their own business.

Congratulations if this describes you, but it’s important to know what you’re getting into before you invest the time and money it takes to get a new business off the ground.

Here’s a little advice to help you minimize the risks that come with most start-up businesses.

Start the bandwagon-don’t jump on it

One common mistake people make when considering becoming an entrepreneur is they see a niche where several businesses have been able to succeed. It only makes sense to jump on the bandwagon by starting the same kind of business.

What they’re probably not considering, however, is that the pie is already divided between the existing businesses. And anyone who jumps on board later has to compete against the already established firms for ever smaller portions of that pie.

In other words, the monkey-see, monkey-do approach to business just doesn’t work.

You want to start the bandwagon by being the first to open a unique business that the community will benefit from.

Make sure you have a viable product

The key to developing a successful business is to make sure there are customers for what you will be selling. Just because you like the idea, doesn’t mean anybody else will.

Look into the market beforehand to make sure there is a need or desire for your product or service.

An unfortunate example of this is the person who opened a custom wool and yarn store in a little town of about 2,000 people. While this business probably would thrive on State Street in Madison, there just aren’t that many people who even knit in a small, rural community to keep the shop in business. Sometimes being passionate about something isn’t enough to equal a successful (profitable) venture.

You might even consider launching your business as a part-time or ‘side-gig’ so that you have some time to build a customer base, and tweak the business model while you still have another source of income from your day-job. Maybe rather than opening a store-front for the yarn you create a website or even a blog about the joys of knitting to gauge the interest and begin to build a client base.

Be prepared for the work

When you first open a business full-time, be prepared to pour all of your time and likely much of your money into getting it off the ground. Unless you’re a large franchise you can’t afford to open your store and have it filled with ex 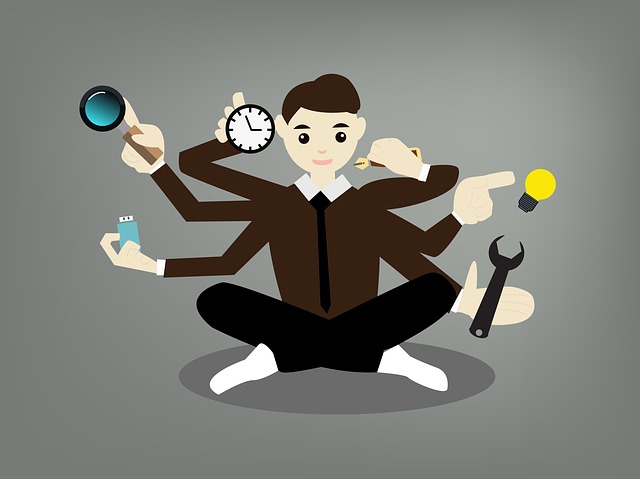 cess inventory and a complete staff of employees.

You may have to live and breathe this business for at least a little while.

You’re the one who will have to put in the long hours. You may find yourself out front working while the baby sits in a playpen in the back of the store. You will have to keep the website up, answer customer inquiries, manage your time per project, and do the book-keeping. If you are lucky, you can recruit mom, dad and even cajole some friends into helping you out from time to time.

A common error a new business may make is over-merchandise their store before they know what products customers will be most interested in, or even whether or not the business will last. It’s dangerous to invest thousands into stock that will fill a  store room if you aren’t even certain some of it is going to sell, yet.

While you want the front of the store to be well-stocked with a good selection, don’t go much beyond that during the first few months.

You may pay a little more by not ordering in large quantities, but it’s wiser to pay a little extra than to tie up the majority of your operating cash on merchandise that may not move.

Play it conservative for a while by not overstocking.

Owning your own business is one of the most satisfying and freeing things a person can undertake. It’s great to just be able to walk out for a cup of coffee without having to arrange for someone to cover for you, or ask a supervisor.

America was built upon the strength of people who had the idea and the gumption to open a business, and today small business is the largest job creator overall, accounting for  64% of net new jobs over the past 15 years.  But before you begin, make certain that you have the right idea, and take the steps that lead to success before you even open.