The Real Value of Small Business

When you decide to finally take that plunge and open a business, you’re joining one of the most important contributors to the US economy. Forbes Magazine reports that small business plays a vital role in creating jobs and growth in America’s economy.

The reality is, as much as giant corporations seem to garner the most attention and influence, small business accounts for 60 to 80 percent of all U.S. jobs. When you open your doors for the first time as a small business you are joining one of the largest and most powerful forces of the US economy.

While small business is technically defined as those under 500 employees, the micro-businesses which are those with under nine employees make up around 73% of all small business.

The impact of the mom and pop enterprise on a local economy is enormous. Here are some of the contributions made by locally-owned small businesses, and why it’s important to support them.

One of the most important contributions of small business to the community is that the money stays local. These companies by and large are owned by people who live within the community and when they, in turn, do business, it’s probably going to remain local. It is estimated that every $100 you spend at locally owned businesses, $68 will stay in the in the community.

Not only do small business owners contribute to the community just by living there, small businesses are also financed by local banks, they purchase good and services from local suppliers, and they hire employees from the area. The end result is that the local economy is boosted because money is recycled throughout the community.

Because of this impact on the local economy, a thriving Main Street helps the whole community with residual effects.

While it may seem that a corporation would dominate employment because as a single unit they employ more people, collectively, Entrepreneur Magazine reports that small business accounts for 60-80% of all American jobs.

There are between 25 and 27 million small businesses in the US today and their impact is such if each of them added just one job, unemployment would be completely eliminated.

While almost every day we hear about some huge multi-national going through a bankruptcy, that isn’t typical with small business. According to a Wells Fargo report more than 2/3 of small, local business reports that they are on good financial ground.

This success translates to a 7.8% sales growth during 2015 alone and the growth remained consistent even during the great recession.

Additionally, because these businesses are more likely take loans from local banks, this sector has also experienced growth. Thanks to small business when the big banks failed during 2008-2009, the local, small banks were minimally affected.

As we have seen corporations struggling for a 1-3% profit margin in recent years, this has not been the case on Main Street. Small businesses have seen growth in all segments from general contracting to retail.

Small businesses have also seen tremendous profit gains in recent years. Profit margins rose to over 7.5% in 2015 alone which was a full percentage point gain over the course of a year.

In addition, businesses with less than 5 million in sales experienced a growth of 7.8% in sales alone during this same time period.

The impact of the small business on the economy can understandably be underestimated. But in years when small business growth slows, or stalls, the impact is felt across the American economy at large.

Thankfully, small and micro-businesses have continued to grow and expand as more and more professionals see the advantage of entrepreneurship and open businesses of their own.

There has never been a better time to start a business. The interest rates remain low, commercial rentals have flattened and colleges are producing a more educated workforce.

Technology has also presented whole new opportunities for promoting your business and expanding product sales. Many small businesses have found that their online sales are as healthy as their walk-ins.

In opening your business you are becoming a major player as an employer and the US economy and because small business has been and will continue to be the driving force of American business. 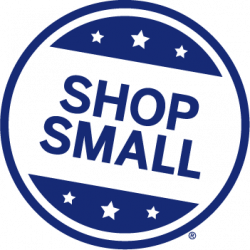 If you’ve ever wanted a reason to “shop local” as the bumper sticker reads, this is it. Even in the 21st-century, small business is vital to the health of a community – and the US economy, and will continue to remain so as long as we support them.